Designed to go hand-in-hand with the snowtrooper armor and helmet, the snowtrooper backpack is standard issue for Imperial snowtroopers — stormtroopers who have received special training allowing them to operate in arctic environments.

As well as the power cell and heating unit, standard issue for the backpack is the communications unit, a homing beacon, and an issue of rations. A snowtrooper backpack also has the ability to act as a mobile power source for other pieces of equipment, featuring a surplus power indicator and accessory power outlet. Combined with the rest of the suit, the backpack enables a snowtrooper to survive for a reported maximum of two weeks in hostile arctic environments, which is typically more than enough time for them to complete whatever mission they have been given.

As with almost all Imperial equipment, some snowtrooper backpacks have found their way into third party circulation in the years since their release, often commanding a hefty price — due to both the technology involved and the inherent risk posed to those who would steal from the Galactic Empire. As such, while occasionally appearing in alternative militaries across the galaxy, the backpack remains almost entirely unique to the snowtroopers for whom it was initially designed. 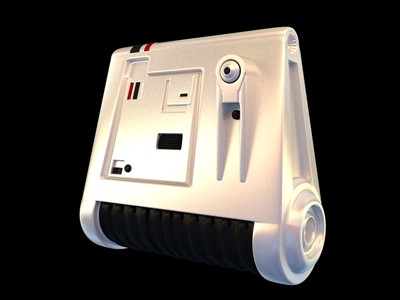