During the early years of the Alliance to Restore the Republic, more commonly known as the Rebel Alliance, the organisation was a collection of like-minded individuals spread across the galaxy with no central authority. As a result, members of the Rebel Alliance used a wide range of equipment as varied as the races and ideologies involved in its inception. As the Alliance grew, so did the need for standardising the armour and uniforms used by its soldiers. The result was the rebel trooper armour, a standardised style of armour inspired by the Galactic Republic era planetary defence forces.

Compared to the previously mismatching uniforms used by the Rebel Alliance, the rebel trooper armour provides an adequate level of protection from blasters, concussions, punctures, and slashes. Intended to guard internal organs from direct hits, it does not have the capacity to save a soldier from catastrophic or environmental damage.

The standard rebel trooper armour consists of a blue shirt, black combat vest, grey trousers, and black calf length boots, although colours may vary according to materials available, the intended decorative need or mission requirements. Usually made of lightly padded layers of woven ballistic and reflective materials, the armour remains somewhat flexible. A final feature that nearly all styles of the armour have in common is an array of pockets, clips, and reusable adhesive strips for attaching a plethora of military and survival gear in the field. Beyond its protective capacity, this last function alone makes the armour valuable for soldiers on active duty. 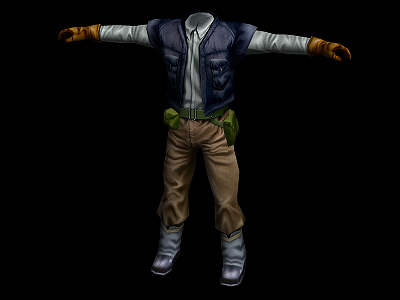