Pit droids, specifically the DUM-series manufactured by the Serv-O-Droid company, were designed from the outset to support labour, repair, and light construction operations. They were also well suited to the servicing and maintenance of pod-racers, something which has seen these diminutive droids reach all corners of the known galaxy.

The basic pit droid stands a shade under one point two meters in height, with a spindly frame and oversized head shaped like an upside-down soup tureen. The droid lacks a “face", the front of its head being taken up by a large cylindrical photoreceptor equipped with multi-spectrum scanners that allow the droid to quickly detect leaking energy or chemicals as well as microscopic fractures in metal. This ability helps to explain why the droids are highly desired by pod racing teams, with their non-regulation, often home-built engines, many of which require constant monitoring and maintenance to prevent disaster.

Pit droids are also surprisingly strong, able to carry many times their own weight, especially when working in teams, which is usually how they are deployed. They can quickly communicate and synchronise with others of their kind to efficiently carry out their assigned tasks. Pit droids also have the ability to fold their limbs and torsos up under their heads, making for a very compact size for convenient storage. They will spring back into life when someone taps the photoreceptor, which doubles as the droid’s activation switch. The droids have been in production for several decades and are renowned for their generally fearless personalities, something which can be put down to their somewhat poor programming. 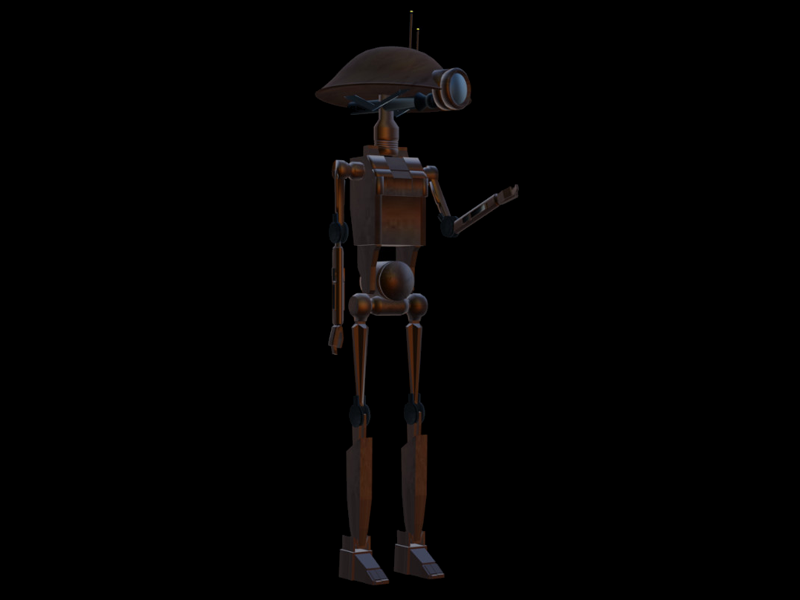