The G-type light shuttle is an ancient vessel developed during the Jedi and Sith Civil Wars and was used prominently by both the Sith and Mandalorian forces. Despite its age, the G-type boasts an impressive sublight engine whose speed can still match and, in many cases outpace, similar modern vessels. Its speed more than makes up for its lackluster handling and made it perfectly suited for transporting officers and small numbers of personnel. Most variants came equipped with an onboard hyperspace engine, which was a rare and treasured feature for ships of its class during its time. This allowed the G-type to act as both a stealthier transport between star systems and as an escape vessel, should a battle turn against its carrier ship. A rare variant model was designed explicitly for this reason, cutting down the occupancy level to one in favor of improved life support systems and additional supplies.

The G-type is plagued by two major drawbacks; it carries a much lighter shield capacity than comparable modern freighters and its maneuverability is severely hampered by its poor handling. These design flaws leave the crew vulnerable to even small numbers of enemy vessels if ambushed or otherwise kept from making use of its superior speed. The shuttle is armed with a dual complement of heavy laser cannons on its starboard side, though more often than not pilots rely on its upgraded sensor configurations for safety instead of its offensive capabilities.

G-types can still be found in private collections across the galaxy, as smugglers and thrill-seekers alike enjoy their speed, while collectors and historians prize them for their rarity and storied past. While no longer manufactured, a surprising number of well-maintained G-type shuttles still serve as a time-tested alternative to the escape pod for personnel who need to rapidly escape a dangerous situation. 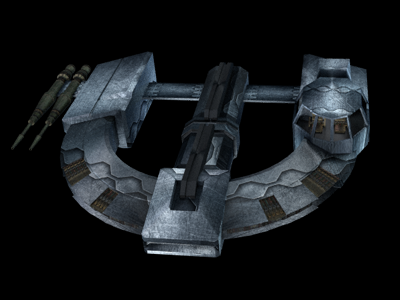