Sophisticated, mysterious, elegant, and alluring; these words were synonymous with both the Decadence-class Pleasure Yacht itself and the era in which this work of art was manufactured. Designed and released during the golden years of the High Republic, the Decadence-class Pleasure Yacht obtained many years of commercial success before the inevitable replacement for bigger and better things in the hyper-competitive luxury ship market.

Originally, the manufacturer of the Decadence-class intended to market the ship as a custom, built-to-order vessel as unique as the individual ordering the ship. They offered a boutique experience, with everything from the exterior hull plating right down to the material of the interior floorboards customizable by the purchaser. This process proved extremely popular with the wealthy clientele who placed orders for the Decadence. Customers were willing to wait the extensive build time for a bespoke vessel if they could have anything they wanted within it. Gossip of what glamorous, amazing, or salacious additions might be inside each vessel as it came off the production line became a topic of great debate amongst many different social circles. Some stories were exaggerated; most were not.

With the vessel's focus entirely on the interior comfort and enjoyment of the passengers, the ship's manufacturer was free to streamline costs in other areas. A weapons system was deemed too costly and too taxing on the vessel's power systems. The lead engineer insisted, however, on a capable shield generator that threatened to overwork the ship's energy supply, making it somewhat temperamental and extremely vulnerable to ionization damage. This then necessitated sourcing a more efficient ion jet engine instead of the conventional fusion engines of the era to avoid taxing the power plant further. This propelled the Decadence-class Pleasure Yacht forward with incredible speed for its time, a feature most were happy to pay for.

The Decadence was there for a good time, not a long time. Eventually, the ship was pushed out of the market by bigger, newer, and more impressive yachts. The tailor-made nature of the vessel worked against its longevity, as many customizations were simply impossible to reproduce and modernize. Likewise, reselling the vessels always proved difficult as individual tastes clashed and the wealthy often refused to own second-hand. Many ended up with wreckers who tore them apart for the unique or customized parts within. One can still find the occasional Decadence around the galaxy but they’re often in private collections or in museums dedicated to the bygone High Republic era. Those fortunate to have even flown in a Decadence-class often refuse to talk about the pleasures found within, keeping the allure and mystique of these beautiful starships alive to this day. 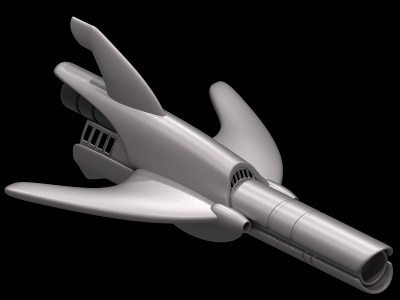