The T-6 Shuttle was a transport used exclusively by the Jedi Order in the decades leading up to and throughout the Clone Wars. It is not to be confused with the Eta-class Shuttle, though both are popularly known as the "Jedi Shuttle" or the "Jedi Ambassador's Shuttle." Like the Eta-class and Delta-12 starfighter, the T-6 was only lightly armed and bore the red and white colors that marked it as a diplomatic vessel. It was designed by Slayn and Kopril, the Verpine shipwrights who also produced the V-19 starfighter for the Republic.

The T-6's cockpit was conical and could act as an escape pod if necessary. The cockpit and long fuselage were surrounded by a single, large semicircular wing that could rotate around the ship to allow for extra maneuverability while in flight. The wing would lay horizontally when landing, allowing its single boarding ramp to extend and its landing gear to be unobstructed. Its three powerful engines are arranged horizontally and in line with the fuselage. Later, the conical cockpit and rotating wing design would provide the inspiration for the B-wing starfighter.

The T-6 largely disappeared from the galaxy as its sole users, the Jedi Order, were hunted down at the end of the Clone Wars and the nascent Galactic Empire adopted the tri-wing design of other Republic shuttles for their fleets. Surviving examples mostly remain collector's items and are rarely seen outside of safe and well-defended systems. 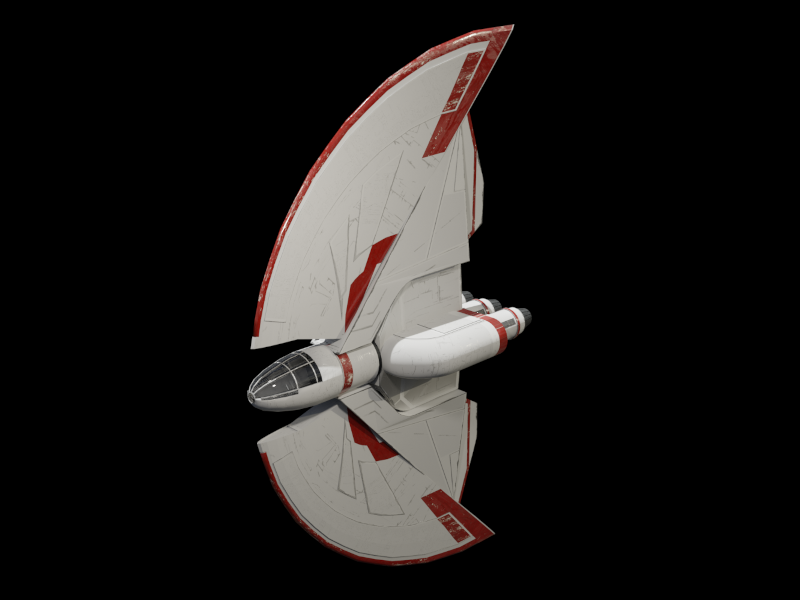