Fast and light, the YT-1300 was a modified version of the YT-1210 design. Severe flaws in the 1210 series left it without enough power to have much weaponry and with the new banks of Nordoxicon 38s carried by the 1300 series, Corellian engineers put as much weaponry as they could on it. Considered one of the most common and popular ships in the galaxy, it is used by pirates, smugglers and bounty hunters as well as in many planetary garrisons.

The YT-1300 is mainly an anti-fighter ship with 2 quad laser batteries located on top and on the bottom of the ship. These can be fired from the cockpit, but with greatly reduced accuracy. The YT-1300 also has two proton torpedo launchers mounted between the sensor forks at the front of the ship to deal with larger threats. The ship could be modified to include retractable blaster cannons, concussion missile launchers and improved sensor arrays, giving it greater firepower in battles.

One of the most appealing features of the YT-1300 is its ability to take an extraordinary amount of modifications and alterations. In addition to the improved weaponry, the YT-1300 could take anything from additional underfloor storage to an improved hyperdrive. The interior of the ships could also be configured to increase its cargo capacity, at the expense of minimum comfort for the crew as more room was given to the cargo. 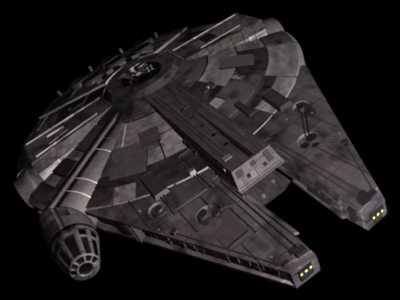 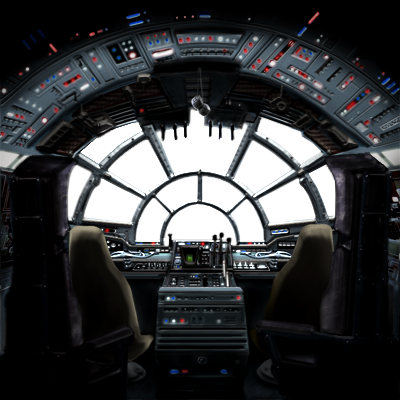