The YT-2400 transport was designed with the small scale independent freighter captain in mind. Whilst most new models incorporate the newest technologies, most of the integrated systems in the YT-2400 are at least 10 years behind the times. This was done because other ships like the YT-1210 and the YT-1300 also use these parts so they are easy to come by, thus making it easier to maintain and service the ship in the field.

Keeping in mind that it is a dangerous galaxy, especially for independent operators, the YT-2400 was equipped with a very impressive weapons array for a ship of its size. Knowing the success of its predecessor, the YT-1300, it was elected to maintain the same arms loadout, even though the use of proton torpedo launchers on a cargo ship like this has often been criticized. Not so much because of the firepower, but because these torpedoes are hard to obtain on the general market, essentially giving the independent operators, who are always short on credits, one shot at using the weapons. Because of this, most captains will only use their proton torpedoes as a last resort.

The YT-2400 retains the distinctive saucer hull design of its predecessors, but has many improvements on the classic design. Amongst other things the primary escape pod is located immediately aft of the cockpit for easy access by the flight crew. The cargo holds, located centrally in the hull, make excellent expansion bays for large sensor suites, weapons systems, extra shield generators and so on. Most YT-2400 ships currently flying around the galaxy have a modified custom interior incorporating any or all of these systems.

Besides the independent freighter captains that the ship was originally marketed for, it is seeing service with a great number of pirate and smuggler fleets. This is because the YT-2400 has good cargo capacity and can out perform most starfighters in the galaxy, making it an excellent match for anybody trying to blockade a trade route. 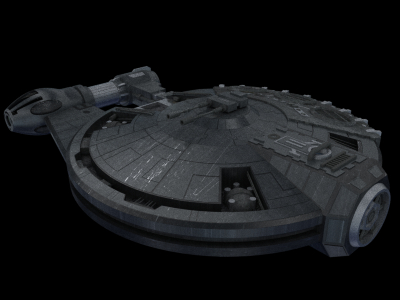 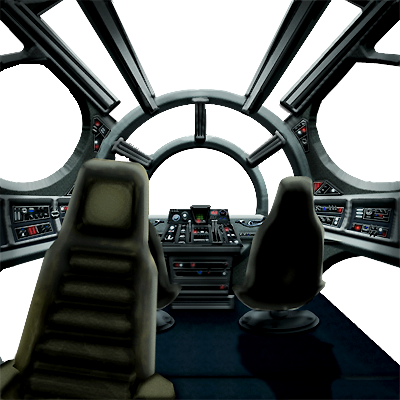