Vornskrs are canine predators native to Chamble V and renowned for their vicious nature. Adult coloration ranges from dark grey to light tan and allows them to blend into the shadows and undergrowth of their forest environment. Despite predating documented history of their native planet, palaeontological evidence suggests they have existed relatively unchanged for several thousand years.

Like many canines, Vornskrs have well developed senses that are ideal for hunting. They have forward facing eyes with overlapping fields of vision, giving them exceptional depth perception. They are also capable of angling their sensitive ears in the direction of sounds, without having to reorient their heads.

This species of canine is even able to sense the Force that flows through all living creatures. Being primarily nocturnal and operating in very little light, the Vornskr have developed an instinct for Force detection while hunting within the recesses of Chamble V's dense forests. This means they are strongly attracted to those creatures that are attuned to the Force, such as their primary prey, the Ysalamir. There are even documented cases of wild Vornskr attacking force sensitive sentients. This extrasensory sensitivity serves them well for tracking down their prey. Once spotted, the target will usually be subdued by the Vornskr's venomous, whip-like tail, before being torn apart by sharp teeth.

Due to the long, antagonistic history between the Jedi and Sith, the Vornskr have become utilized across the galaxy by both sides to hunt and guard against each other. Even those that are not Force sensitive use the Vornskr, often as the ideal weapon to deal with any Force user they wish to detect or track down. 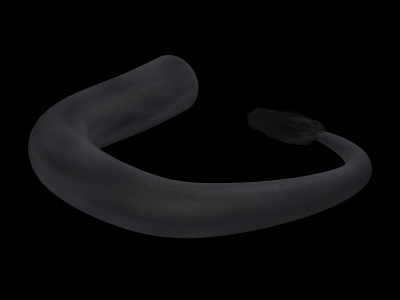