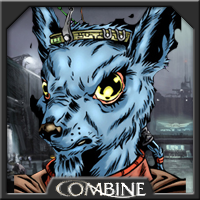 Small and furry, the Squib are an evolved race of mammals with a deep sense of curiosity. Native to the planet Skor II, their inborn curiosity has led to their development and exploration, eventually resulting in the haggling and trading of items. Known for their hoarding tendencies, the Squib became master traders, eventually branching out to trade with offworlders.

Maturing earlier than many other species, a Squib is only considered a child, or a "fuzzling" among friends, until they reach nine standard years of age. Throughout this early stage, young Squibs are said to be growing into their eyes and ears, which develop faster than the rest of their body. Their fur also changes color in adolescence and Squib youths are marked by a dappling pattern across their backs. While there are noticeable differences between young and old Squibs, it can be very difficult for outsiders to differentiate between the male and female representatives of the species when they reach full maturity. Upon entering their senior years, a Squib's fur will begin to take on a gray shade and wrinkles appear. Due to their rapid growth, this occurs around the same time a human might be considered 'middle-aged'.

Despite comparatively short lifespans, the Squib are known to be incredibly insightful, which is a trait thought to be enhanced by their natural fur. Acting as an olfactory organ, the fur can sense different smells in the air. Xenobiologists hypothesize that this phenomenon helps a Squib detect emotions, such as dishonesty, as well as counterfeit goods. Alongside their fur, the species' large ears are sensitive enough to pick up on private conversation from a discreet distance, as well as acting as an early warning in the event of danger.
« Back To Top