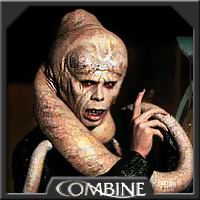 The world of Ryloth is one of the most unusual planets in the galaxy. Only a small portion of it is habitable, while the rest, a massive amount, is uninhabitable. The reason for Ryloth being so inhospitable is that the time it takes to revolve once equals the time it takes to go around the sun. That is why only a small sliver of the planet is actually habitable, a 'twilight' zone, to be precise. This twilight zone is where the Twi'leks live. Twi'leks are simple beings, but with many small advantages over other beings.

Twi'leks live in underground cities on Ryloth, being extremely careful not to venture outside, unless they have a safe way of doing so. Underground, there are not many sources of energy, and so they must use large machines designed to use wind as power. Also, it is usually warm underground, because of the high heat above ground. The Twi'leks underground cities are more like labyrinths than actual tunnels, and can be deadly to visitors. Twi'leks are mostly silent people, keeping to themselves. They look a lot like humans, but Twi'leks often stand taller, measuring an average of two metres height. Despite their height, a Twi'lek's movements are graceful and delicate.

Twi'leks have many ways of communicating in secret. The majority of the time they speak naturally, with small movements of their lekku (head-tails) to illustrate their conversation. These Lekkus, are often referred to separately by Twi'leks. Tchin is the right tail, Tchun is the left tail.

Other times, when they wish to speak in secret, they can communicate telepathically by using their lekku. This is an ideal way of communication, especially given that Twi'leks are always in the company of other Twi'leks. Their main language is known as Twi'leki, and it's one of the harder languages to master in the galaxy. Aside from their language, Twi'leks only have a few major businesses on their planet. As they are all confined to their underground cities, Twi'leks deal mostly in trading, and rely heavily on the off-world ships.

The major business on Ryloth, and one of the only major businesses is slavery, as amazing as it may seem, but in an advanced form from the regular types of slavery. Twi'lek females will leave the planet and sell themselves as exotic dancers. Ryloth is known all across the galaxy as the best producer of slave girl dancers. This business, however, has created much trouble on Ryloth, and especially in the Twi'lek colonies. Many off-world slavers will land, and attempt to take a fair number of female Twi'leks with them, and then sell them for their own profit, and not that of the Twi'lek civilization. Twi'lek families and businesses must take extra precaution to prevent these traders from taking their only goods.

The society of Twi'leks is also very different from most planets and civilizations, except for one, the Biths. Twi'leks actually resemble the Biths in their motives, and ideas. In general, Twi'leks are not the humble servants they would appear to be. The large portion of male Twi'leks actually plot and scheme to take over their masters' business, and all affairs. There have been many successful cases where the Twi'lek servants have overrun companies and taken control, as most Twi'leks will attempt to gain favor and higher positions in their master's business, eventually leaving them in prime positions to take over.

In all, Twi'leks are important creatures, like all creatures, and do the galaxy a service with their businesses. The Twi'lek civilization will continue to prosper, and defend themselves against pirates, slavers, and the other harmful beings in the galaxy.

Twi'leks are given names that follow the following pattern, 'Name'clan.' The apostrophe denotes a pause in the pronunciation of the name. Some Twi'leks who leave the home planet lose the apostrophe and separate their names into two parts. 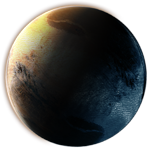