The TIE Surface Assault Bomber, also known as the TIE/sa or the TIE Bomber, is based on the hugely successful TIE platform designed by Sienar Fleet Systems for service with the Galactic Empire. The TIE Bomber was developed to replace the BTL-B Y-wing and other assorted heavy ordnance starfighters from the Galactic Republic's diverse and varied military. With a strong emphasis on deploying a consistent set of technology across the galaxy, the Imperial Navy and quickly phased out older craft as soon as the TIE Bombers began to be issued to fleets and garrisons.

The most notable design features of the TIE Bomber in comparison to the base TIE/Ln are the redesigned wings and dual hulls. The wings are curved to maximize the surface area of the solar collectors while minimizing the ship's profile; allowing for both increased mobility and higher power recharging to compensate for the TIE Bomber’s dramatic weight increase. The hulls are a significant departure from the sphere used in many TIE designs, and are elongated to accommodate a bomb bay, a magazine, and the more complex targeting and sighting electronics required for the TIE Bomber’s arsenal. The TIE Bomber is capable of fielding a large variety of munitions, including concussion missiles, proton torpedoes, mines, and even thermal detonators. The TIE Bomber is also capable of dropping supply canisters instead of ordnance, permitting rapid field resupply in areas a shuttle or freighter might not be able to reach. An innovation to assist in the quick arming for missions and support in remote locations far from the comfort of a well-equipped docking bay, the secondary hull is equipped with a manoeuvring arm to expedite the retrieval and loading of ordnance.

The TIE Bomber lacks energy shielding or hyperdrive like most ships across the TIE platform, while the TIE Bomber’s weight and wider profile compound its mobility issues, making it an easy craft to target. Given the lower manoeuvrability in comparison to the TIE/Ln and their status as a priority target on the battlefield, the hull is reinforced to give additional survivability. The TIE Bomber is fitted with laser cannons on each wing for personal defence, however, the craft is unsuitable for dogfighting, and as such, is typically reliant on a fighter escort to protect it from snub fighters. Despite the limitations from the TIE Bomber's design, like all heavy ordnance starfighters, the Imperial Navy has adopted its doctrine to utilise the strengths of the ship's design while compensating for its weaknesses with other ships deployed alongside it. The TIE Bomber is still seen across the Galactic Empire in service with fleets and garrisons alike, presenting an instantly recognisable ship well-known for its ability to precisely deliver a powerful payload onto a target. 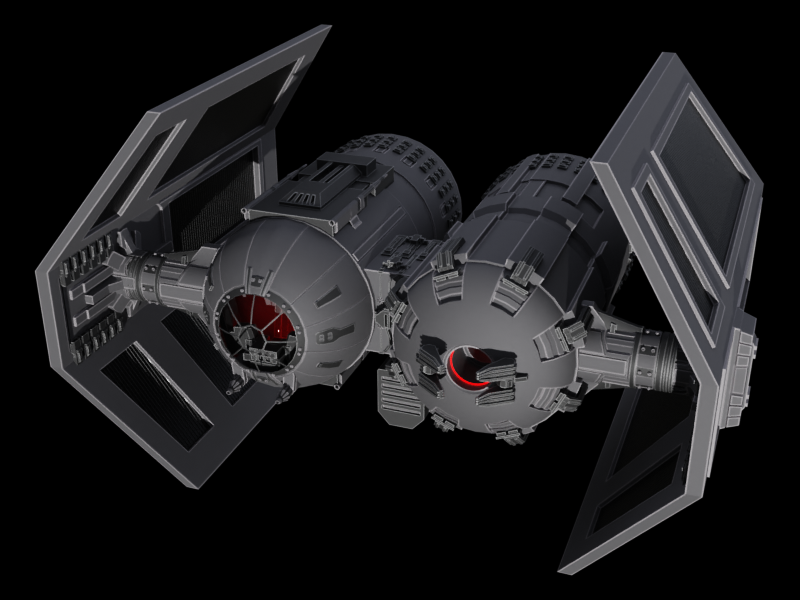