The TIE/sr Starfighter, also known simply as the TIE Scout, is almost unheard of outside military and intelligence circles; at least when compared to more recognizable starships like the TIE/ln Starfighter. During the rise of the Galactic Empire, there was an increase in starship production by various companies who jumped at the rare opportunity and lucrative contracts for new designs. Scout ships have always been an essential element in fleet operations and intelligence gathering, as such one of the many ships commissioned during this period was the TIE/sr Starfighter.

The ship was originally manufactured by Sienar Fleet Systems, a company which had already successfully marketed many other starships. The cost of running a galactic government, coupled with the immense size of the fleet required to maintain order, meant that quantity easily trumped quality. As a result, Sienar chose to continue with their previously successful Twin Ion Engine (TIE) base for use in the construction of the scout ship; a cheap and easily mass-produced frame. In order for the TIE Scout to serve its true purpose as an intelligence gathering platform it needed to be equipped for long range reconnaissance, this necessitated that a hyperdrive unit be included in the design. A basic hyperdrive met the intent and still provided more than adequate range and speed when mounted on the starfighter.

Modifications were made to the overall structure of the TIE Scout which provided room for the hyperdrive, data recording devices, sensor suite, and additional personnel and supplies. This resulted in a larger, thicker mid-line for the ship. A final step in the design phase was to increase the size of the wings; making them longer and the introduction of a curve provided better in-flight stability, especially during atmospheric sorties. The TIE Scout, once completed, fulfilled its role perfectly. Unfortunately, the cost per unit was too great for a newly forming government and so only relatively small numbers were purchased. Unwilling to accept a total loss for the project Sienar sold the plans and rights to the Galactic Empire. Afterward, they commissioned a popular civilian variant of the TIE Scout known as the Lone Scout-A. 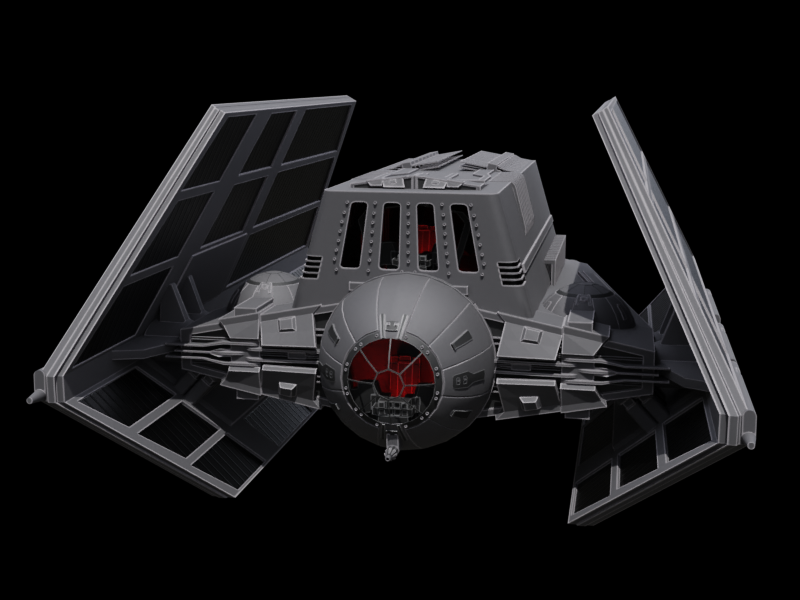