The Quizzer is a fascinating anomaly, in which there is great debate about how something so adorable and cute could survive on one of the harshest and ugliest planets known in the galaxy - Gamorr. Inhabiting one of the most severe planets in existence would be enough for any creature, but the Quizzer has also had to endure outright hostility from the native Gamorreans. Ironically viewed as horrifically ugly by the locals, the Quizzer is hunted with impunity and yet, despite all odds, flourishes in the wastelands. When introduced to less hostile environments, the Quizzer can quickly become an invasive species.

Reptilian in appearance, the Quizzer is actually mammalian, whelping litters as large as two dozen several times a year. Family groups form large packs, often for life. Should a member find a mate in another pack, they will almost always move in with that family group. As such, genetic diversity remains high as new members are brought regularly into the kinship.

The Quizzer's primary defense mechanism is small, retractable spines along its back. Quizzers on Gamorr however, have evolved a unique secondary defense mechanism: Consuming a steady diet of normally poisonous insects, the Quizzer's saliva can isolate the venom and transport it to a ‘venom sack’ stored in the Quizzer's cheeks. While diluted, this allows a Quizzer to spit the venom back at other attackers. This can quickly become overwhelming, as often entire packs will swarm a solitary attacker. This makes finding a treatment for Quizzer bites complicated as the origin of the venom often remains unknown.

Quizzers are naturally social animals and will protect other members of their pack. Domesticated Quizzers tend to be friendly, curious, and intelligent. When given proper care and attention, they can be loyal and fierce companions. It is indeed those same traits that most Gamorreans find distasteful enough to earn their disdain. 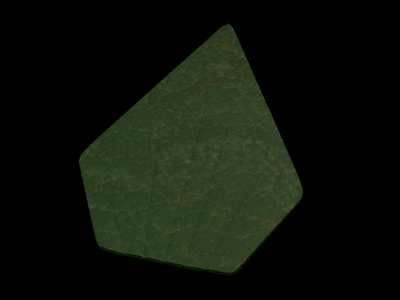