Flares are a vital tool for individuals who wish to attract attention to their position, especially in darkness, bad weather or in surroundings where a rescuer would have a hard time establishing a line of sight to the individual. The principle of a flare is simple – sentients’ eyes are naturally drawn to anything that stands out from the background and the flare produces a brilliant light that is designed to attract this attention. In addition, ignited flares have a significant thermal component, which can easily be picked up on heat sensors. Flares are single-use, throw away items and are usually carried in multiples for emergency situations.

Flares come in a multitude of different designs, burn durations and uses. The principal components of the flare, however, tend to be the same. The combusting element, which produces light and heat, is typically a chemical compound or mixture of chemical compounds. When these are ignited by the built-in trigger, the compounds will burn with a brilliant flame that can be visible for kilometres in every direction. The exact colour of the flame will vary based on the compounds used, and flares of almost any colour can be produced by mixing different chemicals into the combusting component.

Flares can also be divided by their intended method of deployment. Flares that are meant to be held in the hand or laid on the ground will produce a signal flame that remains with the body of the flare. The user can move the flare around to attract attention or lay it on the ground for illumination. Some flares of this sort can produce a signal flame hot enough to burn underwater. Launched flares are meant to send the signal flame high into the air where it will be visible from searching aircraft and are especially useful to individuals that are in heavily forested or mountainous surroundings. This type of flare might use a compressed gas capsule or small rocket to propel the flare high enough to be visible to rescuers several kilometres away. The flare will descend on a small parachute, increasing the time that it will be visible.

More modern flares may also include a small communications beacon that will broadcast on emergency frequencies, as this will increase the possibility of rescue. High tech flares may even include a miniature repulsorlift engine to increase the duration that a flare can stay aloft, although flares of this sort are usually vehicle-borne due to their weight. 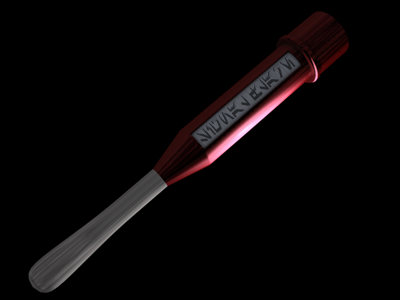