Heavy and bulky at their inception, egg-incubation machines have improved rather quickly. The latest advances in technology have allowed for innovations, which include the mobile incubator droid as well as many lighter and more portable devices. However, most incubator models are fixed in place inside a facility, consisting of a crystal dome with a central heater accompanied by a series of tiny thermal and biological sensors. These sensors work along with an enormous database comprising millions of known creatures and their subspecies.

After the initial scan is finished, the data is compiled to determine the type of creature developing inside, as well as the required temperature for a successful incubation. Finally, when the sensors detect biological signals and soft movements coming from the egg, an audible signal is activated to alert the personnel overseeing the incubation process that the egg is about to crack and a new life is about to be born.

This kind of device has been used in a wide range of activities, including the artificial breeding of endangered species for the purposes of its preservation, and the raising of pets by those inclined to hunt for sport rather than blood. 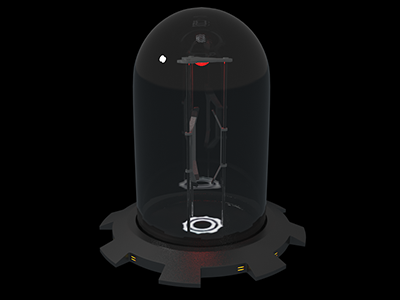