Some sentients will go to great lengths to seek enlightenment; perhaps none moreso than the monks of the B`omarr Order. While many philosophies teach that physical pain and pleasure or attachment to the things of the material world are obstacles to personal growth, the B`omarr monks take steps to actually relieve themselves of the burden of their physical forms. In an act of consummate dedication, these monks allow trained acolytes of the Order to remove their brains and transplant them into nutrient-filled jars. In keeping with the Order's extreme asceticism, the jar is a simple glass vessel, cylindrical or globular in shape, depending on the size and shape of the brain. The nutrients inside are tailored to the resident brain's biological needs, and a simple, artificial circulatory system introduces fresh nutrients, removes waste, and monitors the brain's health.

Whether or not this avenue to enlightenment achieves the desired result is unclear, as monks thus freed of worldly cares tend not to be very communicative. Still, the monks are able to move around by mounting the brain jar on a set of droid legs that provide a remarkable degree of mobility. Older models have only four legs, but this is sufficient to traverse the cavernous halls of the B`omarr Monastery. Newer, six-legged models are agile enough to traverse the rocky terrain surrounding the monastery, though the monks rarely stray far from their home. Rather than make a physical connection to the disembodied brain, which would interfere with the transplant's purpose, these devices are controlled by electrical impulses initiated by the reaction of neurotransmitters in the jar's nutrient blend which interact with the brain's own chemistry. This tenuous link is the B`omarr Monk's only connection to the physical world.

While not precisely welcoming, the B`omarr Monastery on Tattooine is open to the public. Doctors, xenobiologists, and xenoanthropologists sometimes make their way there to study the monks' transplant techniques, particularly with regard to species with more exotic neurobiology. Other tourists simply visit for the spectacle. Some visitors even take the monks up on their offer of enlightenment. To those who do not, however, the monks give a brain jar of their very own to contemplate and an open invitation to return, should they ever wish to seek enlightenment in the jar. 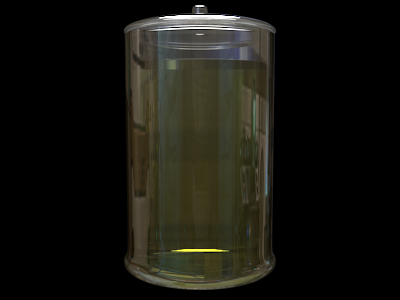