The H-KDI T-Wing can be summed up as a "poor man's A-Wing". It was originally designed to replace the A-Wing as a new interceptor fighter, but that goal was never achieved. Due to budget cutbacks made to the final design of the fighter, it lacked the speed needed to compare to the A-Wing. Instead the T-Wing became a recon fighter with the addition of a large sensor array. Yet this too proved an unacceptable fit for the role and the entire project was scrapped.

Later, the T-Wing's design was sold off and picked up by a freelance company where it went through a few more changes in the design; the most important were the dropping the sensor array to a smaller unit to allow addition of a hyperdrive unit and the addition of heavy lasers. Still, recognizing the restricted budgets within the freelance community, one of the smaller hyperdrive units was placed into the updated design.

Although the ship suffers from limitations in hull plating and shielding, three engines positioned at the tips of its patented tri-wing design allow for considerable speed and maneuverability in combat. It has a wide cockpit with a comfortable amount of space for the pilot, but lacks the room needed to add an astromech socket. To make up for this lack, the designers made the ship simple enough for any pilot to attempt repair if needed. Even with the odds against the T-Wing being able to rival other fighters on the market, it went into production and over time gained a reputation for battlefield agility in the hands of skilled pilots. It is also rarely seeing the repair docks and has proven to be one of the most dependable, lowest maintenance fighters on the market.

Now the T-Wing is mostly used in planetary patrols and quick defense of small private fleets. Larger naval forces can still be seen from time to time with squads hidden in their capital ships to send them out for quick interception of enemy forces in route. However, you will also find the lone freelancer to have one in their collection for when the need arises for its use. 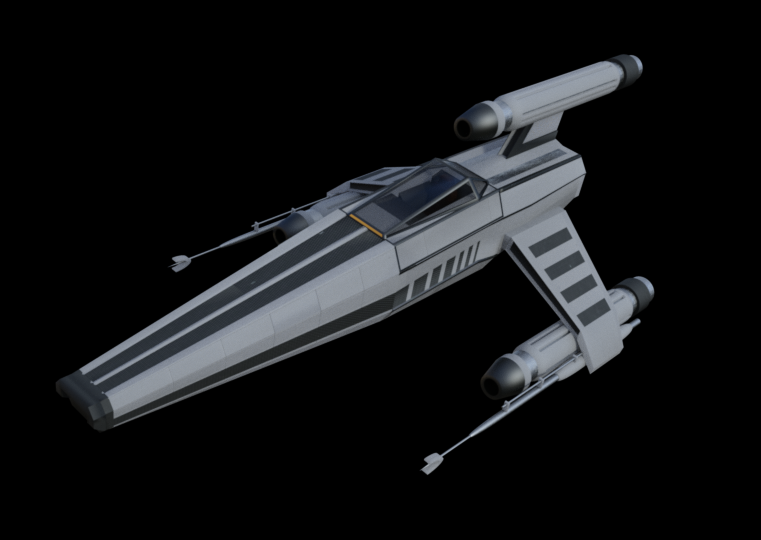