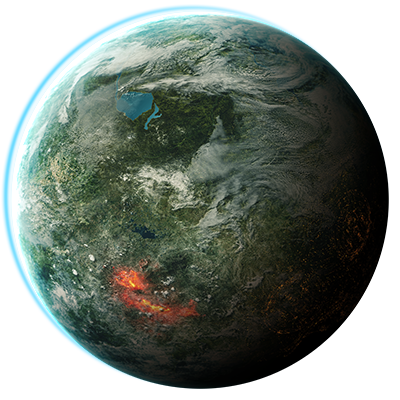 Dagu II is the capital planet of the Dagu system. The whole planet consists of one large continent that wraps around the planet. An ocean is located at the northern pole as well as at the southern pole. The atmosphere of the planet is temperate and the terrain is comprised of grasslands and a few forest regions. There is also a single large volcanic region located near the southern end of the continent. The people of Dagu II tend to be of a wealthy nature, making the planet's populace in general some of the more aristocratic citizens of the galaxy. Some of the galaxies finest wines come from the field on Dagu II, making the wine of this planet some of the most sought after in the galaxy.