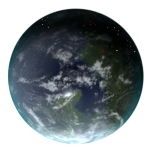 Year 21 Day 239: The population of Woldona V, largely disenfranchised from their planetary rulers sponsored by the despised Mando`ade, have announced today that they are transferring the bulk of power to LodeCorp Mining instead, in hopes of stimulating their economy through their mining operations.

Year 21 Day 238: After a daring and perhaps brash political move on the part of Mando`ade, LodeCorp Mining has decided to cede the reins of power, leaving the citizens of Woldona V under the control of Mando`ade.