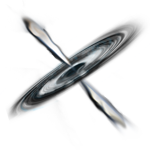 Lost to history, lost to memory, lost to a gigantic black hole. It is unknown who exactly Lt. Sejuk was, only that a holobeacon rests outside the Maw stating that his, or her, bodily remains were entrusted to the infinite grace of the Maw as their final resting place.

Judging by the language inscribed on the beacon, scholars have theorized that Sejuk was likely an early Killik officer, although conventional history suggests the Killiks were unlikely to be within five sectors of the Maw.

Whatever leader they followed, whatever cause they fought for, Lt. Sejuk has outlived them all - as the infamous name at the entry to the Maw.