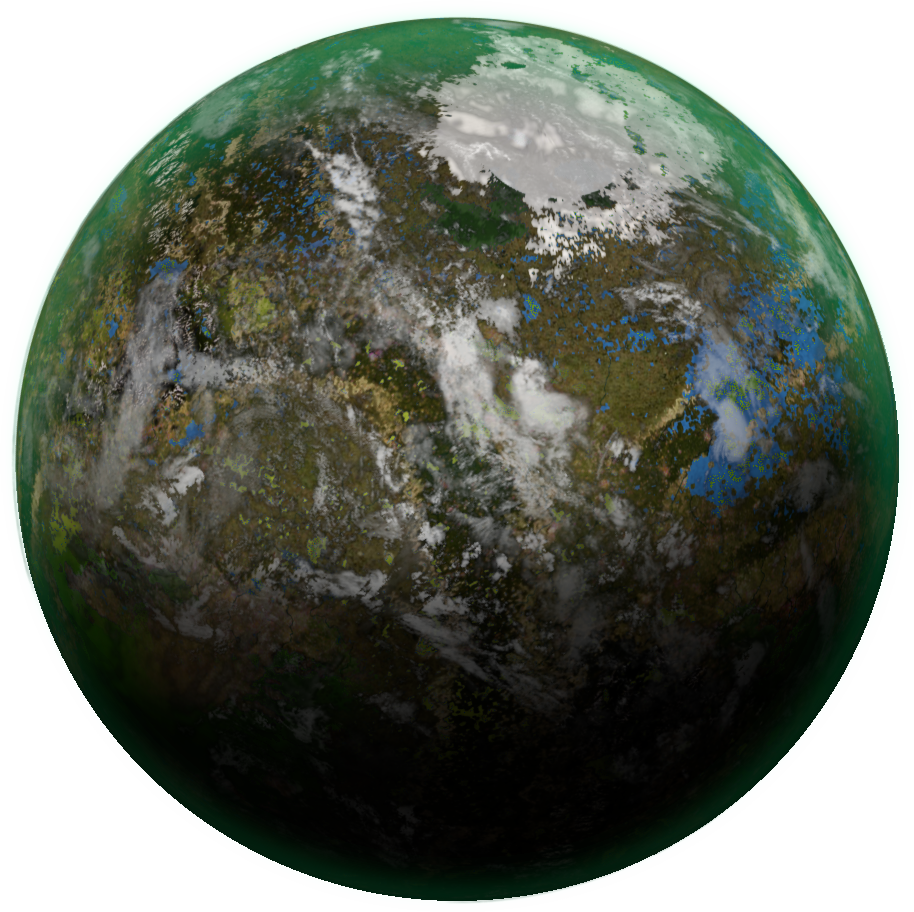 Talasea is the second-largest planet in the Morobe system but could be considered the most significant planet because it provides food exports to the entire system. It was chosen to be the agricultural home of Morobe because most of its surface is covered by forests and grasslands, making it the most suitable for farming out of all the planets in Morobe. Because of this, it has the least urban development. The farmlands are mainly located between two mountain ridges, most of which are covered in ice all year round, at the northern and eastern poles. Talasea has one ocean locally known as the Moonlit Depths.

The majority of Talasea residents are farming communities and scientists that maintain the careful balance between production and preservation. Environmental conservation became a priority after the extensive urban development of another planet in the system, Moroa, which was once considered a paradise world but lost its natural appeal due to reckless expansion of cities. It has made Talasea a more popular tourist destination for those who prefer rural exploration over the glamour of cities. Inadvertently, although some claim it was intentional, the value of real estate in the few cities has risen significantly to the point where coastal properties are among the most expensive ones within the system.

Talasea is unique among the planets of Morobe because it does not have a metropolis or any other dominant city. Instead, its cities are spread out across the planet and centred around the farming families. The city considered to be its capital, Terraglen, is located on the eastern coast of the ocean where the wealthiest citizens live and the administrative buildings are located. The planet’s educational focus is unsurprisingly agricultural, however, engineering is also a popular topic of study as the residents realise the importance of maintaining the farming equipment. This has led to a cultural phenomenon where the oldest children take over the family farming business, while the younger siblings are often expected to become engineers and mechanics.

The farming focus on Talasea is a mixture of arable and pastoral. The most common domesticated herds are bantha and rycrit, both animals raised for their meat and hides. Before Talasea was rediscovered and colonised in Year 14, both animals evolved into feral subspecies due to being left alone to roam the unsettled parts of the planet. Efforts were made to contain the feral herds and preserve them in certain locations. Today, feral banthas are found in the southern jungles, while feral ryclits roam the mountains. Both species are a popular target for recreational hunting. Talasea is also known for its exports of the Kaha tree, a native plant whose branches naturally grow in aesthetically pleasing cone shapes and are popular as decorative trees.

The importance of Talasea’s agriculture is well known and appreciated even by the average citizens of Morobe. The farmers that visit other planets in the system are often popular among the youth and respected among adults. Talasea has an especially close relationship with Morabora, as the planet covered with permanent ice is the most reliant on the food exports and the shipyard hub, which is smaller than that of Moroa but it provides work opportunities much closer to home. In the highest echelons of politics within the One Nation, this has led to concerns that representatives of Talasea have too much influence over Morabora where the vast majority of citizens, and so the most potential workforce, resides.