Acklay are amphibious, carnivorous crustaceans known throughout the galaxy as deadly, relentless predators that can adapt to many planetary climates due to their resourcefulness, toughness, and sheer brutality. Because of their vicious nature, acklays have become popular in the blood sport industry and have been extensively exported from their homeworld of Gama to be sold to private collectors and crime bosses alike for use in gladiatorial arenas. They have been found in places ranging from the jungles of Deysum II to the dry, rocky deserts of Geonosis.

Acklay have six elongated limbs, which are principally used to swim, crawl, and attack. A hard, leathery carapace, ranging in color from brown to green, protects most of their body with exception to the softer underbelly. Three eyes set into the crested head enables them to see in the dark, as well as underwater, although they are extremely near-sighted; acklay rely on sensitive hair-like cilia across their body to detect other creatures. This species possesses powerful jaws filled with many sharp teeth that can be used as secondary weapons, but are mainly used to tear through the flesh of their prey. Once an acklay makes a kill, it releases a blood-curdling shriek that can be heard for miles. Due to their extremely aggressive nature, acklay are typically solitary hunters; however, records indicate that they have been known to temporarily band in packs of up to six.

Reports of force-sensitive Acklays exist, but are so far unsubstantiated. This extremely rare ability would allow some members of the species to manipulate the force, making it possible for them to shoot lightning from their mouths. An encounter with any such acklay has yet to be confirmed, but sentients untrained in handling these creatures are nonetheless advised to stay clear, as encounters are usually fatal whether the acklay is force-sensitive or not. 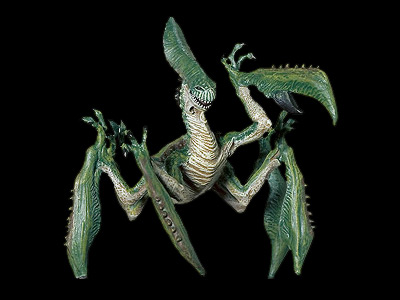 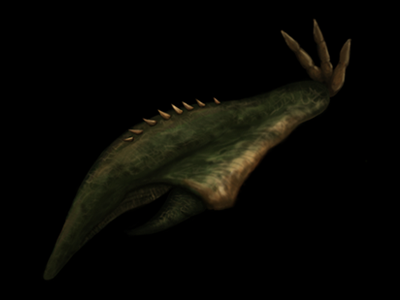