A remote is a limited program automaton in a spherical transparisteel shell. The shell is covered with maneuvering thrusters, sensor arrays, and a variable set of minor weaponry. Though the origins of the designs for the remotes are unknown, it is widely believed that such records would have been available during the times of the Old Republic.

Remotes have always been user-operated, despite being able to function autonomously with enough direction. The wave of a hand, touch of a control pad, or a set of hidden program instructions can activate a remote, whether for padawan training, blaster training, scouting on the battlefield, or for the personal protection of those wealthy enough to own them.

Though it is assumed that remotes were not originally of great value, the low number that remain in operable condition have earned them an extravagant price tag, making remotes even more valuable to those who still own any. 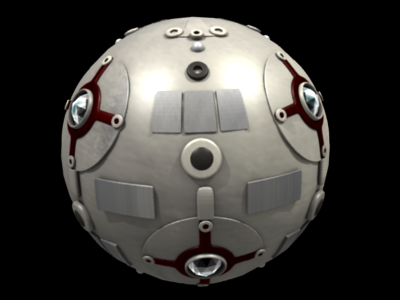