Growing up to four meters in length from head to tail, dewbacks are huge, four-legged creatures often seen employed as beasts of burden or mounts. The vast majority of these creatures however, are wild and roam the desert freely.

Unlike many wild creatures, dewbacks are not easily scared away. They have a great sense of orientation and because of their physiology, being able to store large quantities of water and consume it gradually, are able to spend long periods roaming the desert alone. Their keen sense of smell is used to locate the shrubs and small animals, including womp rats and scurriers, on which they feed.

At night, when the temperature drops in deserts, the huge creatures adopt a lethargic position, lying back and remaining as still as possible to preserve body heat. Their name comes from the moisture that gathers on their bodies during their nightly rest.

The dewbacks' mating season is a disturbing period for owners of domesticated specimens. Once a year the creatures have to be released so that they can travel to the Jundland Wastes, where the mating ritual takes place. Should their owners try to hold them back, the dewbacks change their usual calm behavior and become extremely aggressive. After the mating season, the tamed dewbacks return to their masters by themselves.

Female dewbacks lay between 50 and 80 eggs every year. By burying these under the hot desert sand, they attempt to keep them safe and at an adequate incubation temperature. Thus, they protect the eggs from voracious woodoos and giant ground-dwelling reptavians that consider the eggs a real delicacy. After six months, a baby dewback will emerge from each egg and its strong instinct will draw it towards other members of the species. Since the next dewback may be some distance away, and crossing the desert is a long and dangerous trip for a newborn, many young do not survive encounters with womp rats and other desert predators.

Because of its formidable appearance and considerable size, the mature dewback does not have any natural enemy, and only the fierce krayt dragon dares to attack the beast. In fact, the dewback mostly fears the Tusken Raiders, who sometimes hunt and kill them to use their tough hides as a material for making pouches, boots, belts and tents. 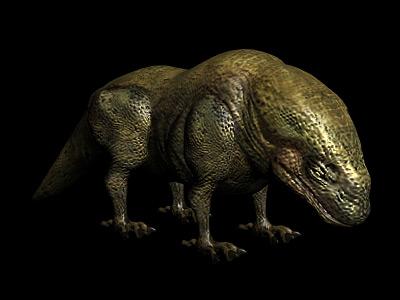 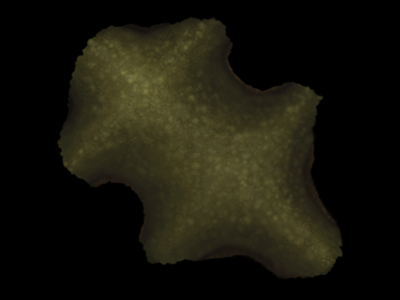