Born of BlasTech, the Bryar rifle was designed to be a modern equivalent and competitor to the AXM-50. Unlike its storied predecessor, the Bryar was marketed to both civilians and military forces as a cost effective and reliable weapons platform. The rifle became an immediate success, earning praise for its durability, reasonable power, and higher than expected accuracy.

The Bryar rifle was developed with the same design principles in mind as the AXM-50, and as such shares several characteristics. The rifle is very easy to produce, operate, and maintain. The rifle has very few moving parts to lend to its simple maintenance cycle, with the trigger group and firing components of the Bryar rifle being the most complex inside. The weapon has two power settings; a powerful single shot burst and a rapid fire setting with respectable strength. The Bryar rifle is only one third of the weight of its closest competitors, rendering it easier to use for many different species.

The Bryar rifle became an immediate success. The Bryar rifle is a popular weapon for security companies, police forces, small time paramilitary groups, and pirate gangs. Much of the weapon’s appeal comes in its ability to be modified, particularly with aftermarket parts. In addition, the Bryar rifle can be easily converted into a smaller, more portable pistol variant. The combination of advantages, cost, and ubiquity has made the Bryar rifle one of the most popular blasters in the galaxy. 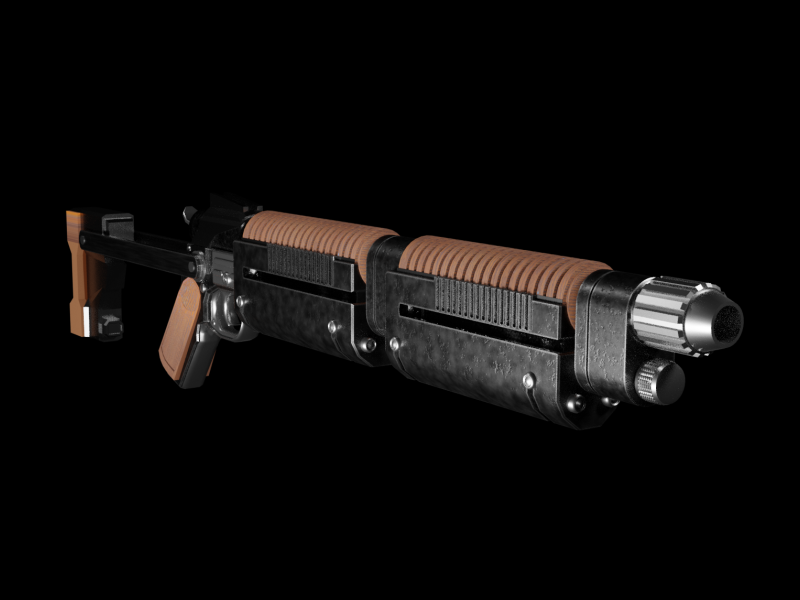