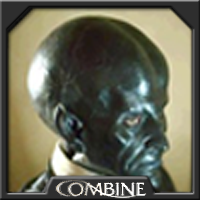 Sakiyans are a race of humanoids that evolved from fierce, arboreal predators and are native to the planet Sakiya. Members of this race are characterized by their large craniums, pointed ears, and prodigious fangs. Sakiyans are born with varying skin tones, ranging from very pale tones to darker blacks. They also have the ability to see into the infrared spectrum and have particularly keen senses. While a handful of Sakiyans have decided to explore the galaxy for a broader range of prey and glory, most choose to remain on their homeworld their entire lives, enticed by its temperate climate and excellent hunting.

Sakiyans profit from naturally superior musculature that makes them at least half again as strong, dexterous, and quick as similarly sized humans. Their heightened physical abilities make Sakiyans excellent hunters, which has resulted in them being sought for employment as trackers and assassins throughout the galaxy. They have been known to successfully hunt the galaxy's most fearsome beings including tigers, lyniks, nexus, shistavenans, rancors, and even Noghri. Most Sakiyans seek out particularly treacherous pursuits because they believe the only worthwhile hunt is one in which the prey has a chance to win. It is not unheard of for Sakiyans to consume their most worthy prey, despite the prey's race or sentience.

Sakiyans relentlessly work to increase their personal standing and honour through acts of glory. If Sakiyans perform shameful acts, both their personal honour (monthrael) and their familial honour (yithrael) are forever stained. However, the disgraced monthrael and yithrael can be reversed if one of the Sakiyan's descendants performs several particularly honourable acts. 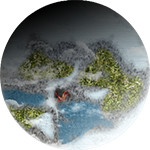