The amphibian survival suit is part of a trifecta of items, together with the amphibian survival backpack and mask needed for a non-aquatic species to survive in an aquatic environment. While the backpack and mask are mostly about facilitating breathing, the suit plays a different, though equally important survival role – temperature management. Maintaining the diver’s core temperature is the primary role of the amphibian survival suit, and this can be almost as important as the ability to maintain continuous breathing. Any experienced diver will testify that diving in liquid that is either too hot or too cold, can rapidly lead to loss of the body’s ability to function. The suit is meant to mitigate the negative impact of these temperature extremes on its wearer.

In its simplest form, suitable for recreational diving, the amphibian suit is merely a suit of elastic polymer that fits snugly to the diver’s body. A thin layer of water is allowed to enter the suit – the wearer’s body warms this water, and the warm water layer acts as an insulator against mild temperature fluctuations. Cold water does, however, conduct body heat away rapidly, resulting in hypothermia. For diving in colder water or liquid, a more advanced suit that keeps the wearer dry is essential. These suits have waterproof seals at the neck and wrist to prevent water from entering the suit. Combined with the right amphibian survival mask, these suits can keep the wearer dry and comfortable in temperatures approaching the freezing temperature of water.

The most advanced suits are designed not only to provide thermal regulation but also to offer protection from other hostile aquatic elements. These suits can be quite expensive but are essential for survival in any truly hostile aquatic environment. These suits typically feature a network of capillary tubes built-in, which attach to the thermal regulation unit in the wearer’s backpack. Warm water, or cooling liquid, are pumped through these capillaries, ensuring that the wearer’s body is not subjected to severe temperature shocks. Rigid armour plates or flexible metal mesh can also be attached to the suit in cases where hostile underwater life may pose a hazard. These will help keep the wearer safe from moderate threats such as sharks or hostile divers. The right amphibian survival suit can make the difference between a diver coming home or dying at sea. 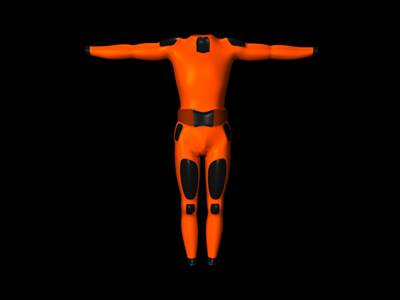