The Variable Geometry, Self-Propelled Battle Droid, Mark I is commonly known as the Vulture-class Droid Starfighter or simply the Vulture droid. It is a mass-produced, maneuverable, and expendable weapon of war designed to be unleashed in huge numbers to saturate and overcome defending fighter forces, opening the way for heavier attack craft. Individual Vulture droids are sleek, with a streamlined, elongated egg-shaped fuselage that contains the droid brain, head-mounted sensor package, power systems, and fuel supply. This is connected by a single airfoil to a pair of split pylon sections that serve as the droid's main armoured protection, weapon mounts and, in walker mode, as its legs. The droid's head, with its gleaming red visual receptors, can extend from the fuselage on a short segmented neck to facilitate vision in walker mode.

Droid starfighters typically have a number of advantages and weaknesses compared to manned fighter craft. One of the chief advantages of unmanned fighters is the ability to execute maneuvers that would severely injure a pilot. Unfortunately for the individual Vulture droid, its designers did not see fit to equip it with a droid brain sufficiently sophisticated to react quickly to the rapidly changing situations prevalent in space combat, resulting in a fighter not much more maneuverable than many contemporary attack craft. The craft lacks deflector shields, making it more vulnerable than many other fighter craft, and boasts only a pair of heavy lasers for weaponry, further limiting its survivability.

The droid starfighter does possess a number of useful features which help mitigate some of the individual weaknesses. They can be packed closely in available docking bay space, allowing large numbers to be carried into battle. They can also transform into walker mode, using their articulated "wings" as legs, and in this way can also support land forces requiring heavier firepower than carried by an individual infantryman. In walker mode, they can stand on the outer hull of the launching ship, allowing for swift deployment into combat. They also utilise a novel system of solid fuel slugs, as opposed to traditional liquid fuels. The solid fuel is less likely to explode if hit during battle, although the Vulture droid only carries enough for thirty-five minutes of combat at a time.

Vulture droids are commonly controlled centrally by a computer located on their mothership. While this allows cost saving on the individual droid brain, it does introduce an additional weakness in that many droid fighters will shut down if communication is lost with the controlling computer. While some users do provide their droids with more autonomy, it is not uncommon to find whole armadas of droids shutting down when the command ship is lost. Despite these obvious drawbacks, the Vulture droid has seen and will continue to see action in combat for years to come. 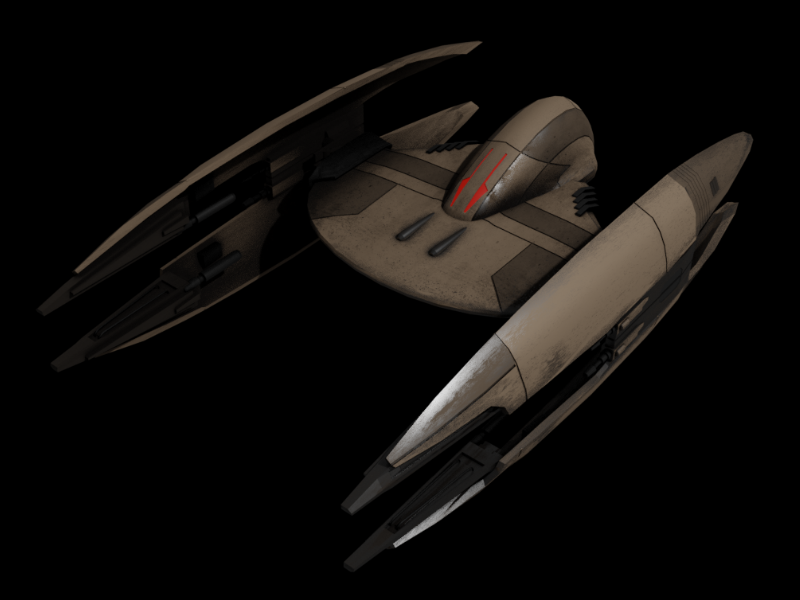