The GR-75 Medium Transport was originally produced by the now defunct Gallofree Yards. Designed as a large, versatile transport for civilian use it has stood the test of time and remains among the best. Though it is more often found fulfilling a unique niche in many military forces throughout the galaxy.

Despite the relative age of the design, the GR-75 retains its reputation due to the fact that it can carry a small army of troops and armored combat vehicles directly into enemy territory. The reason for its popularity, however, is not merely its high capacity for transport, but the inclusion of potent heavy lasers and a moderate shield generator; giving the vessel and its cargo a fighting chance against planetary defenses, as well as allowing the GR-75 to clear its own landing zone of hostiles and fend off naval attacks. The one great limitation of the GR-75, however, is not in its cargo capacity or defenses, but rather its engines.

The GR-75 is equipped with underpowered engines, as a cost-saving measure, that only provide the most minimal of thrust needed to break orbit. Even more noticeable, this sluggishness also causes maneuverability problems, as the designers at Gallofree Yards believed that quick maneuvers wouldn't be needed. As a result, the vessel is often viewed as too slow for inter-planetary deployments, which spawned the development of the rapid orbital insertion (ROI) tactic for the GR-75.

Pilots developed the ROI maneuver which utilizes planetary gravity for a rapid descent directly over their target, often through thick defensive fire, then pull up to land within the last few moments to quickly deploy forces into enemy territory. Due to the effectiveness of such deployment, each new military transport is often tested against the GR-75, which has retained its favored status among military transports as its competition is either shot down, torn apart by the gravimetric sheer of the landing maneuver, or simply is too small to compete at all. As a result, the GR-75 remains among the best military deployment vessels, a fact not likely to change for some time. 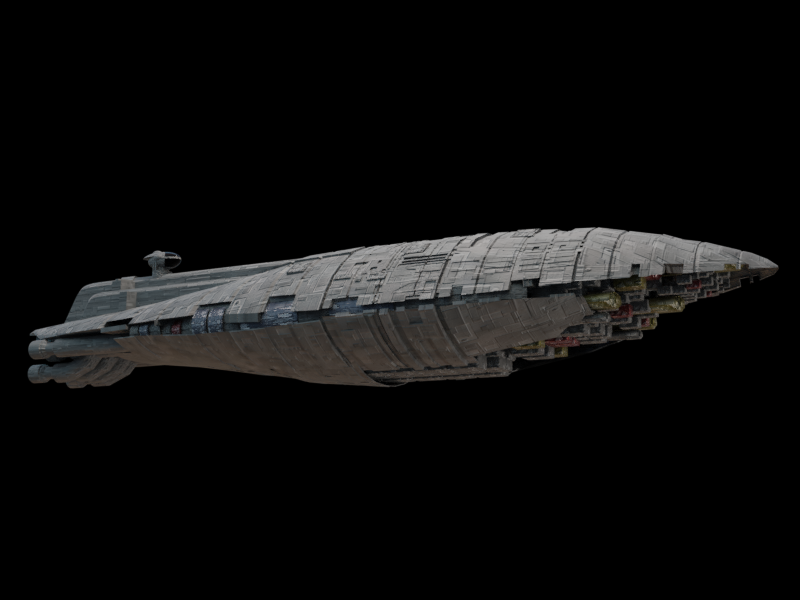