The Raider-class Missile Corvette is a compact, sleek warship designed to combat small numbers of fighters and run down smugglers in fast light freighters. The corvette's design originates in the turmoil of the Empire's victory over the New Republic. As Imperial garrisons began to flex their muscles on former Republic worlds, an increasingly violent insurgency began to take shape, striking back against the new rulers. One such raid against an Imperial installation was able to capture partial blueprints for a fast and well armed corvette, designed by Lira Zweifel, the designer behind the Imperator class Star Destroyer. The blueprints were completed by an unnamed Outer Rim shipyard and shared with a number of other corporations. Small numbers of Raider class corvettes are now appearing throughout the galaxy. Although different from the design in the Imperial databanks, these derivative warships have the advantage of already being on the production lines.

The corvette itself is a standard wedge-shaped design associated with the Galactic Empire. It is compact and as fast as many fighter designs. Unusually, it eschews the usual laser and ion cannon armament of most vessels in its class and is armed only with a number of concussion missile launchers and tractor beams. While this makes it unsuitable for long engagements against waves of attacking fighters, the highly maneuverable projectiles are deadly against small numbers of fighters such as may be expected in combat against an insurgency. It also makes the vessel less attractive to pirate or rebel groups, who would be reliant on a steady supply of missiles to keep the vessel combat effective. The tractor beam emitters add to its effectiveness against small ship targets, immobilising them and making them easy targets for the ship's weapons.

Despite its efficacy against small targets such as fighters, the Raider is unsuited to the rigours of heavy and sustained conflict. Apart from its reliance on the limited number of missiles in its magazines, the ship is slower than some of its counterparts, as well as not mounting any weapons that are a significant threat to larger vessels. In nine out of ten simulations, a standard CR90 corvette would make short work of a Raider-class, as it is both faster and mounts capital ship scale weaponry. When faced with threats such as this, a smart Raider captain would swiftly withdraw into hyperspace while calling in heavier reinforcements.

Although the ship does have its limitations, the Raider would be an attractive proposition for smaller governments and groups who would be expected to face no threat greater than pirate raids. The Raider can even carry a small number of lighter ships to help increase its utility. The ship's company of smaller vessels can be tailored for various missions, from system patrol to disaster relief. This makes the Raider-class a useful ship design that will see increasing use throughout the galaxy. 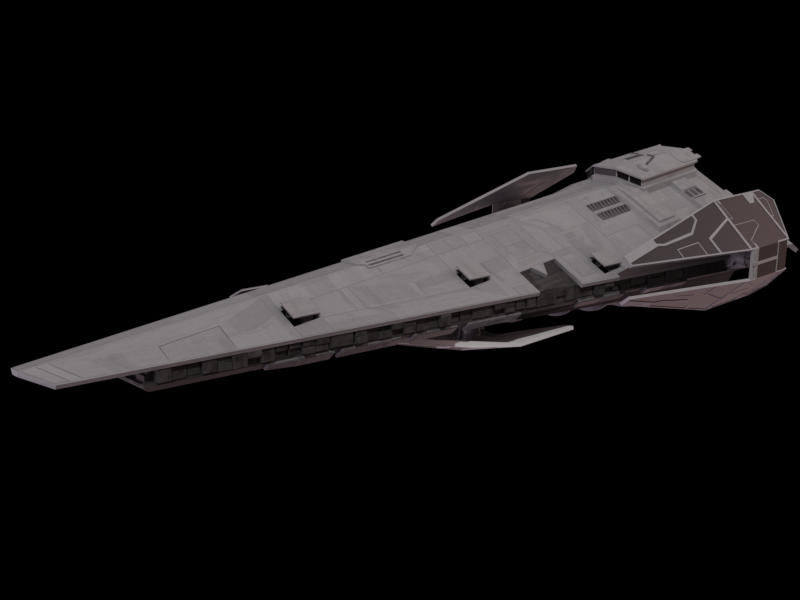